In the underground rivers and flooded caves of Mexico’s Yucatan Peninsula, where Mayan lore described a fantastical underworld, scientists have found a cryptic world in its own right.

Here, methane and the bacteria that feed off it form the lynchpin of an ecosystem that is similar to what has been found in deep ocean cold seeps and some lakes, according to recent research by Texas A&M University at Galveston, the U.S. Geological Survey and a team of collaborators from Mexico, The Netherlands, Switzerland and other U.S. institutions.

The research, conducted by scientists who are trained in cave diving in addition to their other expertise, is the most detailed ecological study ever for a coastal cave ecosystem that is always underwater. In fact, the scientists had to use techniques that had previously been used by deep-sea submergence vehicles to be able to study the environment.

“The opportunity to work with an international team of experts has been a remarkable experience for me,” said David Brankovits, who is the paper’s lead author and conducted the research during his Ph.D. studies at TAMUG. “Finding that methane and other forms of mostly invisible dissolved organic matter are the foundation of the food web in these caves explains why cave-adapted animals are able to thrive in the water column in a habitat without visible evidence of food.”

The study was conducted in the Ox Bel Ha cave network of the northeastern Yucatan, which is described as a subterranean estuary because the flooded cave passages contain distinct water layers consisting of freshwater fed by rainfall and salt water from the coastal ocean. This subterranean estuary complex covers an area approximately the size of Galveston Bay, the seventh largest surface estuary in the United States.

The freshwater portion of the caves and the sinkholes, which are used to access the caves and are referred to locally as cenotes, are important sources of freshwater for communities throughout the Yucatan. Methane in the caves forms naturally beneath the jungle floor and migrates downward, deeper into the water and caves. Normally, all of the methane formed in soils migrates upward, towards the atmosphere.

This sets the stage for the bacteria and other microbes that form the basis for the cave ecosystem. The microbes eat both the methane in the water and other dissolved organic material that the freshwater brought with it from the surface. The microbes then fuel a food web that is dominated by crustaceans, including a cave-adapted shrimp species that obtains about 21 percent of its nutrition from methane.

“The processes we are investigating in these stratified groundwater systems are analogous to what is happening in the global ocean, especially in oxygen minimum zones where deoxygenation is a growing concern,” says John Pohlman, a coauthor of the study and a USGS biogeochemist whose work from the early 90s motivated the research. “Although accessing these systems requires specialized training and strict adherence to cave diving safety protocols, relative to the complexity of an oceanographic expedition, the field programs we organize are simple and economical.”

One surprising finding was how important the dissolved organic material like methane was to the caves’ food web. Prior studies had assumed that the majority of organic material that feeds the microbes of caves came from vegetation and other detritus in the tropical forest that washed into the caves from the cenotes.

However, deep within the caves, where the study was conducted, there is very little of that surface debris, so the microbes depend on methane and the other dissolved organics percolating downward through the ceiling of the caves.

Tom Iliffe, a professor in the Marine Biology Department at TAMUG who has been studying the biodiversity, evolution and conservation of marine cave animals for nearly 40 years, remarks, “Providing a model for the basic function of this globally-distributed ecosystem is an important contribution to coastal groundwater ecology and establishes a baseline for evaluating how sea level rise, seaside touristic development and other stressors will impact the viability of these lightless, food-poor systems.”

The research was conducted during field expeditions funded by the USGS, TAMUG, the National Autonomous University of Mexico, and with field assistance from Moody Gardens and Speleotech. Data from materials collected during the field program was provided by collaborating researchers from the USGS, the University of Alaska Fairbanks, the University of Basel in Switzerland, and the Woods Hole Oceanographic Institution. USGS involvement was partially supported by the USGS Gas Hydrates Project and USGS Coastal Aquifers Project. The study can be accessed here: http://dx.doi.org/10.1038/s41467-017-01776-x 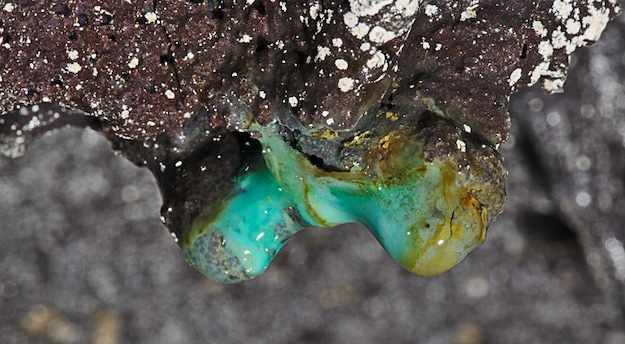 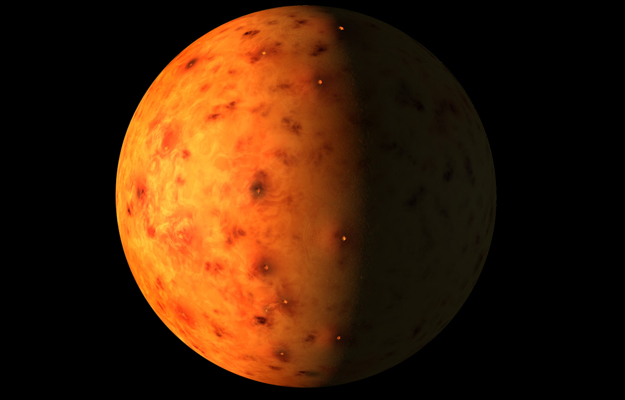 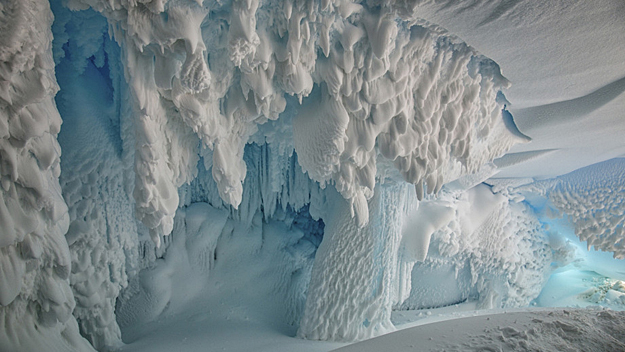