Hi Keith, All is well here at Lake Untersee in the mountains of Queen Maud Land, Antarctica. Our traverse from the ice-runway at Novolazarevskaya Station went well with good weather and visibility, and the new BRP Lynx Commander snowmobiles we used performed remarkably well and were very fuel efficient – which is very important to us during our 6 hour, 125 km ride inland.

As soon as we arrived at Untersee the four of us began to erect a Mountain Hardwear Stronghold tent for shelter for the night. Most of our cargo was about 5 hours behind us, being transported by ALCI to our camp via a tracked vehicle (Prinoth Everest) and sleds. After the ALCI crew arrived we made sure everything was secure and turned in, somewhat tired from the long, cold ride and getting that first tent set up and rocked in. 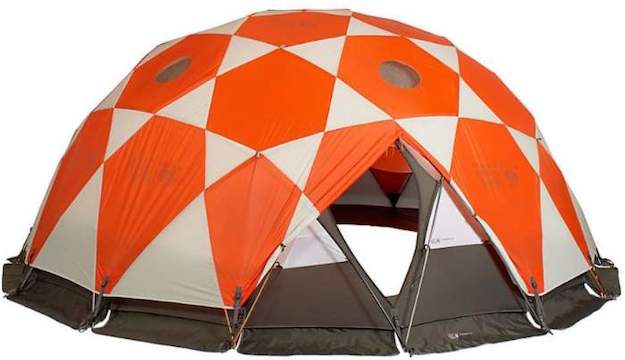 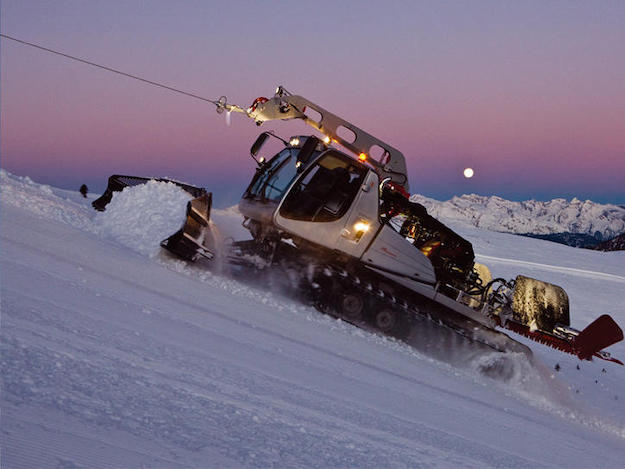 We spent the next three days building the camp and getting organized. We had an additional team member arriving with the BBC team (from their Natural History unit) that would be joining us for three weeks and we needed to get the rest of the tents up to ensure we had adequate shelter in place for everyone. These additional tents, built on wooden platforms on the lake ice (there is very little useable real estate on shore due to the glacial till – large boulders etc.) are used as individual shelters for sleeping, a lab tent, dive tent and our communal cooking/eating tent, and a latrine tent.

We do keep heat inside several of the tents (dining, diving, laboratory) using it sparingly as needed to warn up now and then, and to dry diving gear or work with scientific instruments etc. All waste generated (human, grey water, trash etc.) are collected and stored and will be returned to Novo for proper disposal in Cape Town.

I began melting a dive hole through the 3.8 meter thick lake ice on the 17th, and the first dives were made on the morning of the 20th. So, our team has been busy with work, including studies of the lake’s ice-cover, and the microbial mats which colonize the lake bottom, the permafrost found within Untersee Oasis, and studies of the lichens which reside on the rocks surrounding the lake.

The weather has in general been pretty reasonable since our arrival, but last night we were in and out of whiteout conditions most of the night and this morning we have snow drifted around the camp. Winds have been gusty, but not too bad, hitting about 40 knots now and then. Novo sent a note to me earlier letting me these conditions may stay this way for a couple of more days but with winds diminishing later tonight.

Today is a “camp day” with everyone staying inside tents working on various small projects. For example, I need to work with the spectrometer that colleagues at NASA’s Ames Research loaned to me for spectral measurements (350 – 2500 nm) of the lake’s ice-cover, snow, rocks, sky, etc.

Much left to do, hopefully the weather will not use up too much of our time!

Keith Cowing: These updates in 1996 and 1997 were done directly by Dale Andersen while in Antarctica to a webserver in my condo in Reston, Virginia. As best we can tell this was one of the earliest – if not the first – website to be maintained from Antarctica.