GJ 832c: A Super-Earth in the Habitable Zone

We report the detection of GJ 832c, a super-Earth orbiting near the inner edge of the habitable zone of GJ 832, an M dwarf previously known to host a Jupiter analog in a nearly-circular 9.4-year orbit.

The combination of precise radial-velocity measurements from three telescopes reveals the presence of a planet with a period of 35.68+/-0.03 days and minimum mass (m sin i) of 5.4+/-1.0 Earth masses. GJ 832c moves on a low-eccentricity orbit (e=0.18+/-0.13) towards the inner edge of the habitable zone. However, given the large mass of the planet, it seems likely that it would possess a massive atmosphere, which may well render the planet inhospitable.

Indeed, it is perhaps more likely that GJ 832c is a “super-Venus,” featuring significant greenhouse forcing. With an outer giant planet and an interior, potentially rocky planet, the GJ 832 planetary system can be thought of as a miniature version of our own Solar system. 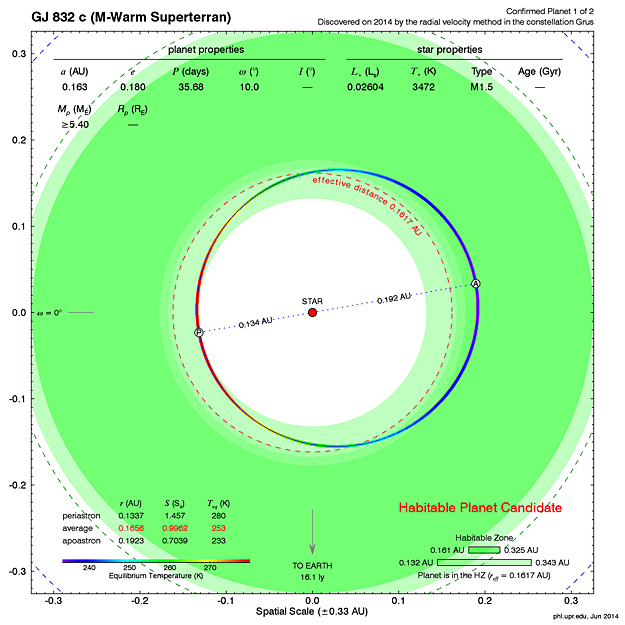 Comments: Accepted for publication in ApJ

Atmospheric Retrievals For LIFE And Other Future Space Missions: The Importance Of Mitigating Systematic Effects
Categories