Tomorrow should be much, much nicer which will increase our level of safety and make for a more comfortable ride during the 6+ hr trip via snowmobile. The team is packed, the snowmobiles fueled up and the tracked vehicle (Everest) and three large sleds of gear and the small cabin that will house three team members during the trip are hooked up and ready to go as soon as the weather improves. 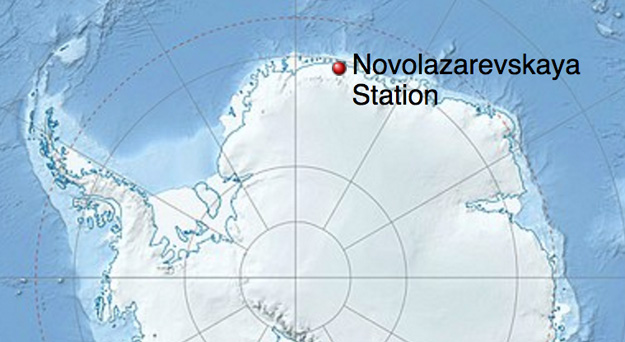 Novolazarevskaya Station is a Russian, formerly Soviet, Antarctic research station. The station is located at Schirmacher Oasis, Queen Maud Land, 75 km from the Antarctic coast, from which it is separated by Lazarev Ice Shelf. It was opened on January 18, 1961 by the 6th Soviet Antarctic Expedition.