Evidence for Carbon-Rich Surface on Ceres

A team led by Southwest Research Institute has concluded that the surface of dwarf planet Ceres is rich in organic matter.

Data from NASA’s Dawn spacecraft indicate that Ceres’ surface may contain several times the concentration of carbon than is present in the most carbon-rich, primitive meteorites found on Earth.

“Ceres is like a chemical factory,” said SwRI’s Dr. Simone Marchi, a principal scientist who was the lead author of research published in Nature Astronomy today. “Among inner solar system bodies, Ceres has a unique mineralogy, which appears to contain up to 20 percent carbon by mass in its near surface. Our analysis shows that carbon-rich compounds are intimately mixed with products of rock-water interactions, such as clays.”

Ceres is believed to have originated about 4.6 billion years ago at the dawn of our solar system. Dawn data previously revealed the presence of water and other volatiles, such as ammonium derived from ammonia, and now a high concentration of carbon. This chemistry suggests Ceres formed in a cold environment, perhaps outside the orbit of Jupiter. An ensuing shakeup in the orbits of the large planets would have pushed Ceres to its current location in the main asteroid belt, between the orbits of Mars and Jupiter.

“With these findings, Ceres has gained a pivotal role in assessing the origin, evolution and distribution of organic species across the inner solar system,” Marchi said. “One has to wonder about how this world may have driven organic chemistry pathways, and how these processes may have affected the make-up of larger planets like the Earth.”

Geophysical, compositional and collisional models based on Dawn data revealed that Ceres’ partially differentiated interior has been altered by fluid processes. Dawn’s Visible and Infrared Mapping Spectrometer has shown that the overall low albedo of Ceres’ surface is a combination of rock-water interaction products such as phyllosilicates and carbonates and a significant amount of spectrally neutral darkening agents, such as an iron oxide called magnetite.

Because Dawn’s Gamma Ray and Neutron Detector limits magnetite to only a few percent by mass, the data point to the presence of an additional darkening agent, probably amorphous carbon, a carbon-rich organic material. Interestingly, specific organic compounds have also been detected near a 31-mile-wide impact crater named Ernutet, giving further support to the widespread presence of organics in Ceres’ shallow subsurface.

The new study also finds that 50-60 percent of Ceres’ upper crust may have a composition similar to primitive carbonaceous chondrite meteorites. This material is compatible with contamination from infalling carbonaceous asteroids, a possibility supported by Ceres’ battered surface.

“Our results imply that either Ceres accreted ultra-carbon-rich materials or that carbon was concentrated in its crust,” said Dawn Deputy Principal Investigator Julie Castillo-Rogez, of NASA’s Jet Propulsion Laboratory in Pasadena, California. “Both potential scenarios are important, because Ceres’ mineralogical composition indicates a global-scale event of rock-water alteration, which could provide conditions favorable to organic chemistry.” 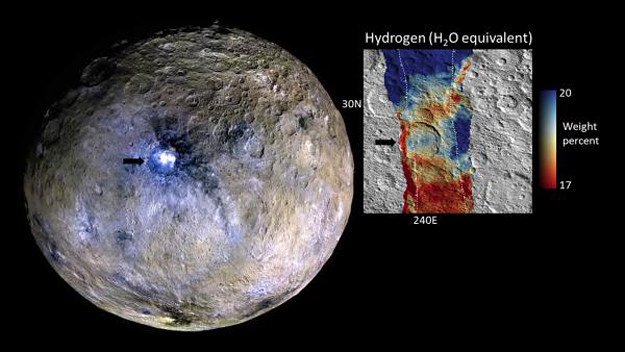 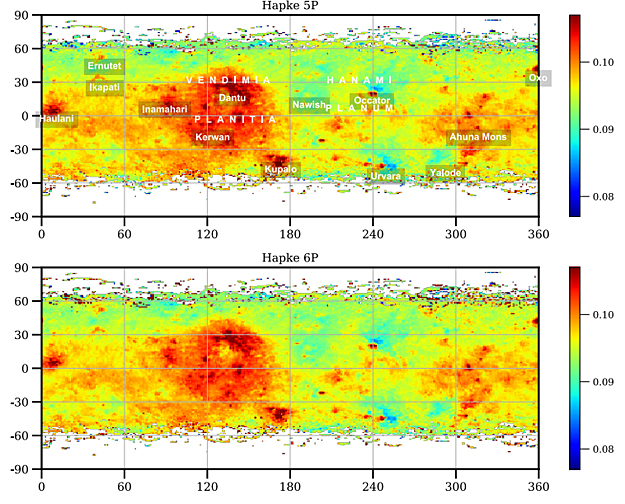 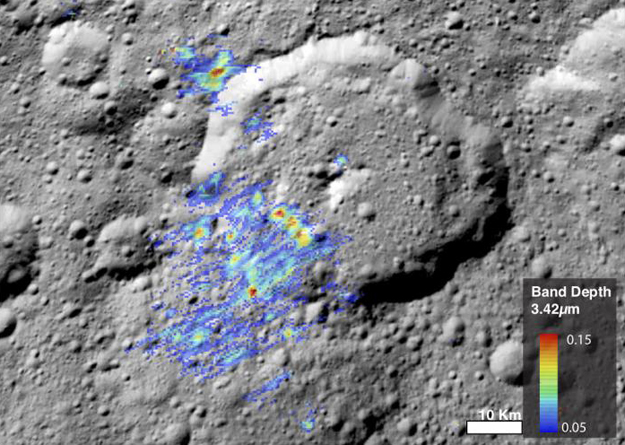 Ceres
Organics On Ceres May Be More Abundant Than Originally Thought 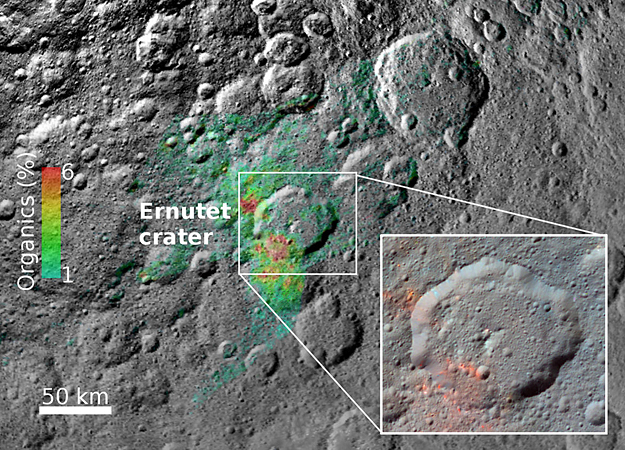 Ceres
The Origin of Organic Compounds on Ceres 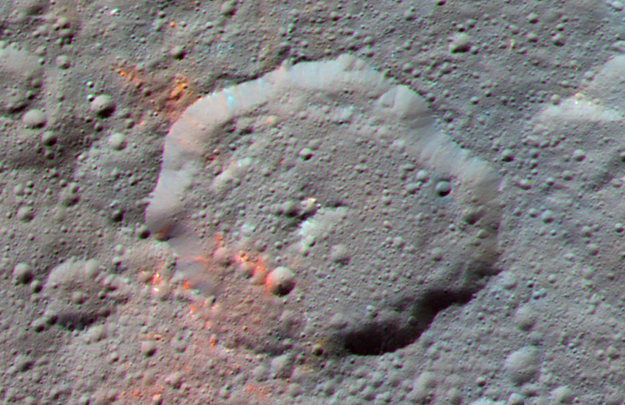 Spectrophotometric Modeling and Mapping of Ceres

Organics On Ceres May Be More Abundant Than Originally Thought

The Origin of Organic Compounds on Ceres