Because extremely cold temperatures make present-day volcanic activity and circulation of biogenic elements on the icy surface impossible, neither Pluto nor its moons are considered candidates for habitable worlds. However, planetary scientists have speculated that Pluto has a warm interior that could allow for oceans beneath the ice, and Pluto may have had a hot rocky core during its early development. So, while life seems unlikely now, as the New Horizons team suggests, it is “not utter lunacy” to think that some form of primitive microbial life may have existed during Pluto’s hotter distant past. More thoughts about Pluto can be found at the New Horizons website.

Other researchers have also found value in studying the elements related to the formation of life, like water, that exist on Pluto and its largest moon, Charon. A 2014 study conducted by a NASA Postdoctoral Program Fellow at GSFC modeled the surface of Charon and predicted cracks on the moon’s surface caused by tidal deformation, suggesting the possibility of ancient subsurface oceans. More details can be found in the Astrobiology Magazine article.

As we await the July 14 New Horizons flyby, we anticipate images that could lead to new revelations about the existence of water and organics under the surface of Pluto and Charon. Increasing our understanding of the subsurface and past of these Solar System bodies might even help us to see their similarities to habitable worlds. 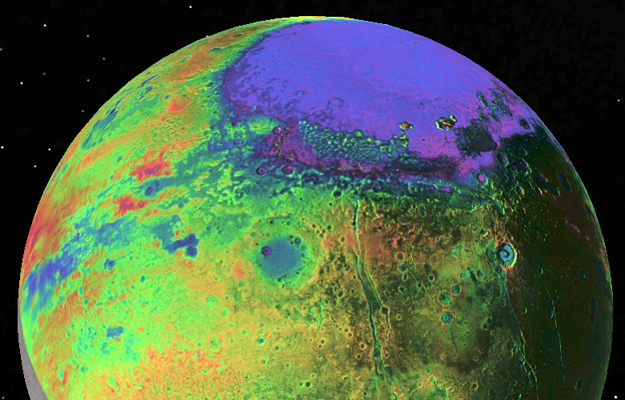 Pluto
Could There Be Life In Pluto's Ocean?

Could There Be Life In Pluto's Ocean?
Categories