In a nod to the legacy of Apollo 14, and a celebration of the future of space exploration, NASA’s Office of STEM Engagement’s Next Gen STEM project and the USDA Forest Service are partnering to fly a special payload aboard Artemis I, NASA’s first flight test of the Space Launch System rocket and Orion spacecraft. Through a joint STEM education collaboration that connects Artemis I programming to Earth science, data literacy and citizen science, a “new generation” of Moon Tree seeds are bound for lunar orbit.

One thousand tree seeds of five different species representing a range of climates across the lower 48 United States are packed into ravioli-shaped pouches awaiting their historic journey aboard Orion, which will travel thousands of miles beyond the Moon during the mission. Nestled alongside science payloads and mementos, the tree seeds will travel farther than any spacecraft designed for human exploration has ever flown, spending about 6 weeks in space before returning to Earth.

The Apollo 14 Moon Trees were grown into seedlings by the Forest Service and eventually disseminated to dignitaries around the world, with a large number distributed as part of the nation’s bicentennial event. For a period, the final location of many of the Apollo Moon Tree seeds remained a mystery. Thanks to an inquiry from a third-grade teacher in 1996, NASA planetary scientist and lunar historian Dr. David Williams launched a campaign to locate the Apollo Moon Trees, leading to the most current Moon Tree database and historical archive describing Moon Tree milestones.

Embarking on a new journey with Artemis I

Once again, five species of tree seeds will fly to the Moon, mirroring the selection provided to Roosa more than 50 years ago.

“Four of the five species flown on the original Moon Trees mission are onboard [a NASA moon mission] again because they are common species and together represent a broad geographic area of the lower 48 states,” said Dr. Kasten Dumroese, senior scientist with the USDA Forest Service. “Coast redwood, with a somewhat limited natural range, was replaced with its cousin, giant sequoia, which has more widespread use in parks and arboreta. For this mission, scientists included additional seed sources for two species having large natural ranges: American sycamore and Douglas-fir. These additional seed sources will help the Moon Trees team match these species with outplanting sites to ensure longterm genetic adaptability.”

Tree seeds packed into ravioli-shaped pouches. The five species flying with Artemis I include:

Back on Earth the Forest Service will germinate the new Moon Tree seeds and grow them into seedlings. Public and education institutions across the U.S. will have the opportunity to submit a proposal to serve as a Moon Tree custodian. Information about the proposal opportunity will be released via NASA’s Office of STEM Engagement no earlier than 30 days after splashdown.

To find out how you can be a part of the Artemis mission, visit: https://www.nasa.gov/joinartemis 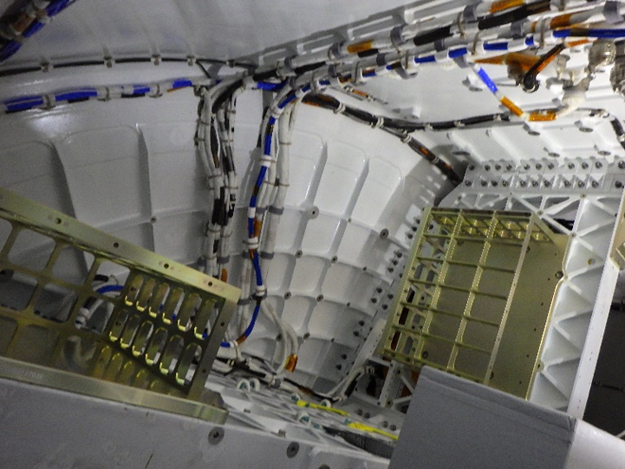