Today is a bit of a slow day here on the North Atlantic, with overcast skies, steady winds, occasional rain, and churning seas.

While we wait for the next good weather day and my team’s dive to RMS Titanic on Friday, the team is reviewing lessons learned from yesterday’s expedition, prepping the submersible for our trip, and taking advantage of the down time from diving to catch up on desk work. Additionally, I was asked to give a seminar for the team about NASA’s New Horizons mission to Pluto and the Kuiper Belt, which I have led since its inception in 2001.

There are so many kinds of exploration, so many kinds of frontiers. From the arctic to the deep ocean, from the upper atmosphere to space, from mountains to medical research, and from AI to astrophysics, I’ve named just a few. For me, New Horizons though is special, it was the only chance in my generation of planetary scientists to be a part of a mission to a new kind of planet, to explore new worlds still farther than legendary Voyager had, and to barnstorm the deep outer solar system with 21st century technology. For these reasons, of all the 29 space missions I have participated in myself, and of the 14 I have led, New Horizons is my favorite.

Because I have always wanted to fly in space myself, I am sure that my planned scientific research flights aboard Virgin Galactic will also be personal favorites once I fly them, hopefully next year.
But the oceangoing journey I am on this week, to dive 4 km beneath the waves to the deep ocean bottom on an OceanGate Expeditions mission to explore the Titanic, will also always have a very special place in my heart.

How could it not? Fewer people have been to the Titanic than to Earth orbit! Moreover, I will be able to do more than just go along, because I will act as the mission scientist, collecting water column samples, aiding in bottom sampling, and making remote sensing observations and running an experiment profiling the water’s properties as a function of depth. So too, it will be special for the reverence I have for the Titanic and her victims, and the solemn and hallowed place it holds in both maritime and even world history.

For all these reasons, it’ll be a special honor to tell the ocean explores on this OceanGate Expeditions mission some of the inside exploration stories and most important discoveries the New Horizonsteam made in exploring the Pluto System and then the Kuiper Belt at the very frontier of our solar system. I wish that @KeithCowing could be here with us, sharing in this seminar and this oceangoing mission of exploration, so I could thank him for the very idea to blog my expedition to the Titanic this week.

As New Horizons plows farther and farther every day into the abyss of space 5+ billion miles from home, I look forward to diving Friday down, down to the abyssal plane on which the wreck of the Titanic is perched, and to seeing, feeling, smelling, and taking part in what deep ocean exploration is all about.
Frontiers of every kind beckon human beings, as they have at least since we left our first cradle in Africa and as we progressed to explore our planet and on into space. Why, no one quite knows.

But in that attraction to frontiers, which everyone aboard this expedition feels so deeply, is the common bond to 100,000+ generations of Homo Sapien explorers who came before us, and the many more of our species more who will follow us in the future.

And I suspect that when we one day meet other species who explore space, while we may likely share with them little else, an attraction to frontiers is very likely to be a deep-seated, common bond. 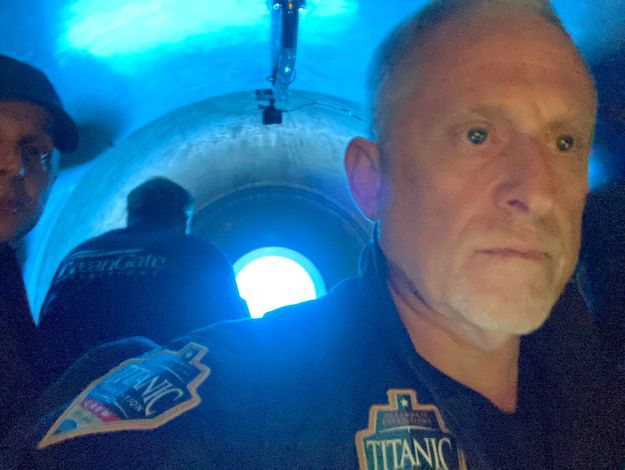 Field Reports & Away Teams
Alan Stern's Titanic Away Team Journal: Was That a Dream?