For most organisms, the stresses associated with spaceflight cause a variety of detrimental health effects. To foster a safe and productive long-term human presence in space, therapies and countermeasures to spaceflight-induced stress need to be developed. Tardigrades (water bears) are evolved to tolerate multiple extreme environments (polyextremophiles) restrictive to most life.

In 2007, tardigrades were shown to survive and generally reproduce during an 11-day low-Earth orbit on the Foton-M3 Capsule. It has been speculated that the biological mechanisms in tardigrades have evolved to withstand extreme environments on Earth, which may be harnessed to protect against the stresses of spaceflight. This makes tardigrades a uniquely valuable model system for studying biological responses to spaceflight. Experimental and computational approaches to measure the effect of different environmental conditions on tardigrade gene expression will allow scientists to understand the mechanisms by which tardigrades protect themselves from various stresses.

This research team has also developed a reverse genetic approach, RNA interference, for tardigrades that allows them to directly investigate the role of a gene in conferring tolerance to an environment. These approaches are used by the team to study tardigrades’ initial, as well as multigenerational response to spaceflight, and use RNA interference to test the functionality of the genes identified in this study.

Several expression analyses will be conducted to compare ISS spaceflight time points, ground controls, and tardigrades exposed to other extreme stresses (e.g., desiccation, freezing, etc.). This approach allows the team to identify potential mediators of stress tolerance. These experiments will help us understand how these extremely hardy animals cope with prolonged exposure to space environments and help pave the way for a healthy and productive prolonged human presence in space.

The tardigrades will be cultured in the Bioculture System experiment hardware and launched to the ISS aboard the SpaceX-22 CRS. Image: The tardigrade, Hypsibius exemplaris, a new model for space biology and understanding how organisms survive in extreme environments (photo Credit: Tagide deCarvalho). 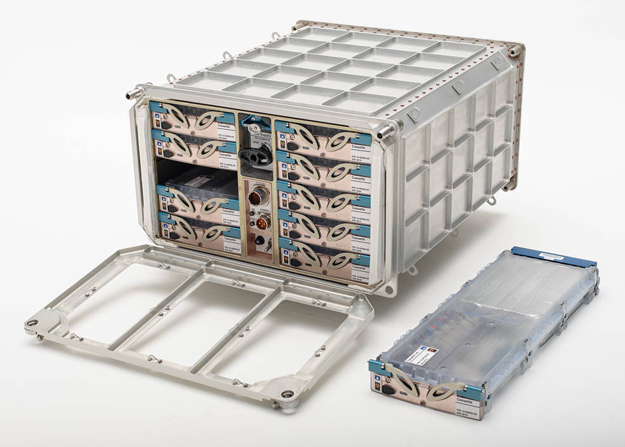