Book Review: "The Sirens of Mars: Searching For Life On Another World" by Sarah Stewart Johnson

We humans just landed yet another rover on Mars. As has been the case for decades, each mission to Mars builds upon the successes and failures of those that preceded it. And each mission seeks to ask more profound questions that its predecessors. The Perseverance rover is now unpacking itself and preparing to explore Jezero crater – a mobile astrobiologist in search of evidence that Mars may have once harbored life.

How we got the point where we can send complex droids to Mars was not easy. It all started with people looking through telescopes – often with overactive imaginations. That led to spacecraft barely more sophisticated than a toaster with a shortwave radio which shattered many of those earlier preconceptions. Those early missions blazed a trail of ever increasing complexity and sophistication.

One of the most interesting aspects of this book is how the author has travelled back in time to describe how the first missions to Venus and Mars were created – with slide rules, pencils, and legal pads. While the mortality rate for these missions after launch was high, and their sophistication lacking (when compared to what we use today) these missions often debunked as many theories as they confirmed. Venus was truly a hellish world and Mars was a Moon-like dead world. Or was it? Further missions, slowly building in complexity, showed Mars to be much more complicated that the first missions suggested. The more questions we answered, the more we found new ones to ask.

Sarah Stewart Johnson has a nice way of spanning the past half century of planetary exploration by following the paths of the legends of planetary exploration and exobiology (before it was expanded and enhanced to become “Astrobiology”). Among those legends we meet are Percival Lowell, William Pickering, David McKay, Carl Sagan, Wolf Vishiac, and many others who are weaved into the tapestry of Earthbound explorers of Mars – all in search of life.

Oh yes and we learn about Audouin Dollfus and his obsession with getting a telescope above the Earth’s atmosphere via an improbable collection of balloons and Steve Fossett and his adventures – in another balloon – all in the name of science (and adventure). 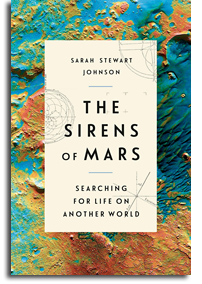 As planetary exploration expanded a new generation – one that was more diverse, came in to pick up the torch. One of the people whose exploits are chronicled is Maria Zuber who served as Sarah Stewart Johnson’s PHD advisor. Zuber’s career is tracked from her youth wherein she is characterized as watching “copious amounts of Star Trek” (the original series). Zuber’s path – one filled with mission triumphs and disappointments – lead through the missions that revealed Mars to be the complex, once habitable world we now it to be. For those of you paying attention to recent events, Zuber is now chair of the President’s Council of Advisors on Science and Technology.

Just as Maria Zuber found her place at the forefront of planetary science, the author emerges on the scene – with Zuber eventually serving as her PhD thesis Advisor. While Sarah Stewart Johnson characterizes herself as a planetary scientist, it becomes clear throughout the course of her narrative that she is a field geologist, biologist/astrobiologist, cartographer, polar explorer, and historian.

Life as a grad student – someone who also does their best to attach themselves to space missions – is not for people who like to stay at home. You need to chase the opportunities when they present themselves and sleep on lots of sofas and cold camping mattresses. Johnson and her predecessors accept this as a fact of life. Of course the real world and family life often intrudes on this pursuit – and Johnson delves into that as well.

When you are contemplating the emergence of life on our world and looking for it on another, you often find yourself thinking a few profound thoughts. At one point Johnson wrote about an encounter with a sample of soil retrieved from permafrost deposits with cells that were still viable after several hundred thousand years: “I held cells in my hands that were twenty thousand times my age. Cells that were older than the pyramids, older than writing, older than language. Cells that were alive before the dawn of my species…”.

FWIW I once held up some Apollo 11 Moon rocks and eclipsed the rising Moon with them while standing at the foot of Mt. Everest and I have stared into the mirror of the Webb Space Telescope to see my image reflected back on the mirrors that will discover new Earths. This is the one thing that space people are blessed with – a chance to ponder the imponderable ala Carl Sagan.

This book is about people who get paid to make the discoveries that allow them to experience these brief glimpses of things in a truly cosmic perspective. Their task – one which Sarah Stewart Johnson does so well, is to translate those transcendental moments into words so as to convey this to others albeit incompletely. She also encapsulates the wanderlust and curiosity that propels people on this search for knowledge and these profound experiences by quoting J.R.R. Tolkien: “Not all who wander are lost.”

Throughout the book there is frequent mention of how features are named on Mars. Sometimes it is for historic reasons – features that invoke terrestrial exploration most notably in the arctic and antarctic. Other times it is to remember those who contributed to the exploration of Mars but are no longer with us. Wharton Ridge, for example, discovered by Opportunity rover, is named for astrobiologist Bob Wharton, a friend of mine. And then there are cultural recognitions. The Perseverance team has recently joined with the Navajo nation in the use of Navajo terminology to name features while the landing site was named after famed author Octavia Butler. Mars is becoming a place that is familiar to humans.

One interesting aspect of this book is the references it contains. The book has 266 numbered pages – 68 pages of which are detailed notes of citations in the main text. So if you are looking for a personalized index of how to get the smarts to go off and explore Mars, this book is it.

More importantly, if you are someone contemplating a career in planetary science – one with a hefty dose of getting dirty on expeditions – this book is part guidance counselor, diary, and text book.

“The Sirens of Mars: Searching for Life on Another World” by Sarah Stewart Johnson 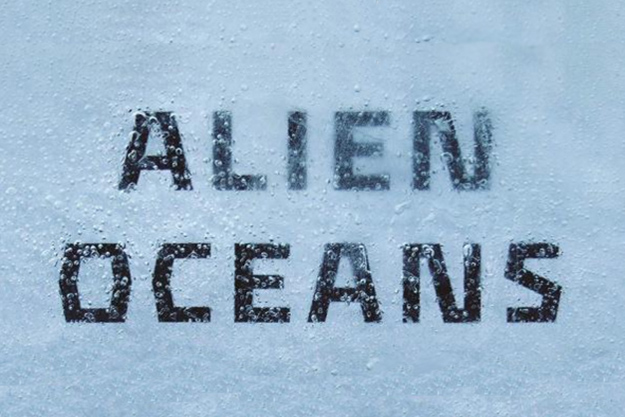 Astrobiology (general)
Book Review: "Alien Oceans: The Search For Life In The Depths Of Space" by Kevin Hand 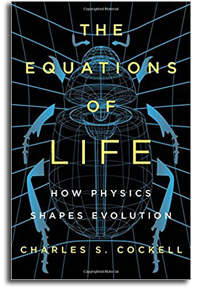 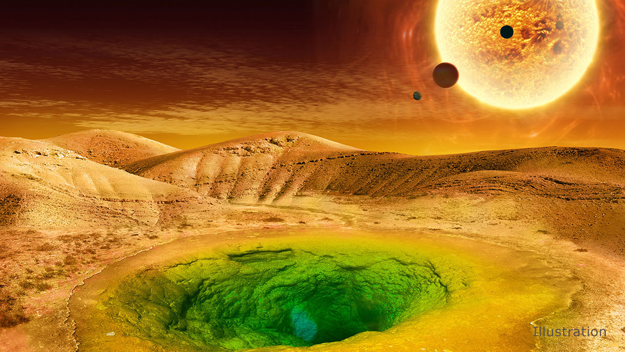 Book Review: "Alien Oceans: The Search For Life In The Depths Of Space" by Kevin Hand

Review: The Equations of Life: How Physics Shapes Evolution