Dale Anderson sent this message at 2:53:16 PM EST on 23 January 2018: “Keith: We dove in Naga Ike (Lake Naga) a few days ago to retrieve instrumentation that had been set out a year ago.”

It was a bit challenging in that the lake ice, which melts out during the summer, was still present on about half the lake and rafted with the wind over the site we needed to dive.

Diving beneath thick ice being the norm rather than a novelty, we roped up so we could venture well under the ice-cover and could be pulled back in case the winds shifted which might result in the ice rafting over our entry point. To find the instrument package we had to dead-reckon towards a GPS location about 60-70 m from the shore however on the first dive we came up empty handed; but on the second attempt we located and retrieved the package without problem.

Lake Naga is well known for its “moss pillars” that form on the bottom of the lake. The moss pillars which reach heights of 60cm, are unique colonies composed of aquatic mosses (Leptobryum sp.), cyanobacteria and diatoms and have been under study off and on since they were first reported in 1999 by Imura et al.

In addition to the diving, others in our group were collecting samples, taking CTD casts and profiling the bottom to improve the current bathymetric maps. The next day we packed up and flew north to Langhovde, another of the islands in the archipelago. There we visited two additional lakes and conducted similar limnological surveys minus the diving.

We are now back at the to the Kizahasihi Hut, Skarvnes Island where we will stay for the next couple of nights. We will make another trip to Lake Naga tomorrow to finish our work there and will then prepare for a few days of work at Skallen, an island just to our SE.

We have had some clouds move in so we may be seeing a shift in the weather which for the last few days has been pretty nice. We expect that to change in the next few days and we may see a bit of snow, increased winds etc. and that could impact the fast-paced schedule we have had thus far.

All for now, more soon,
Dale” 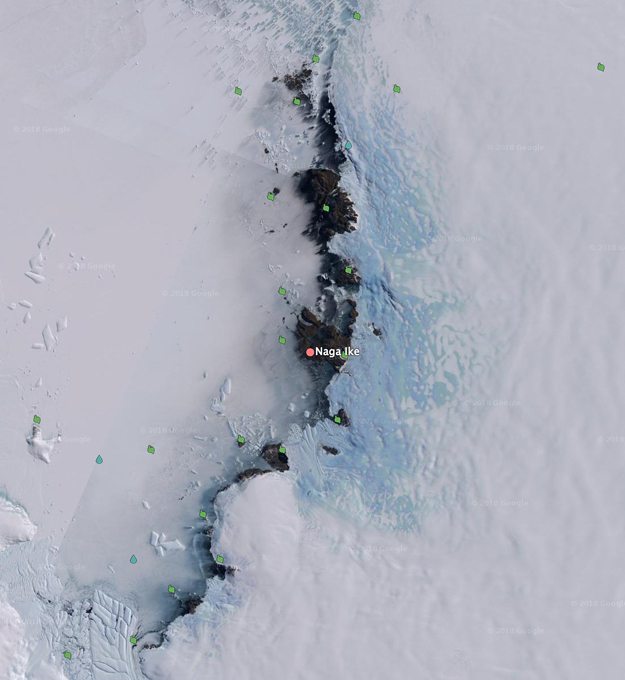 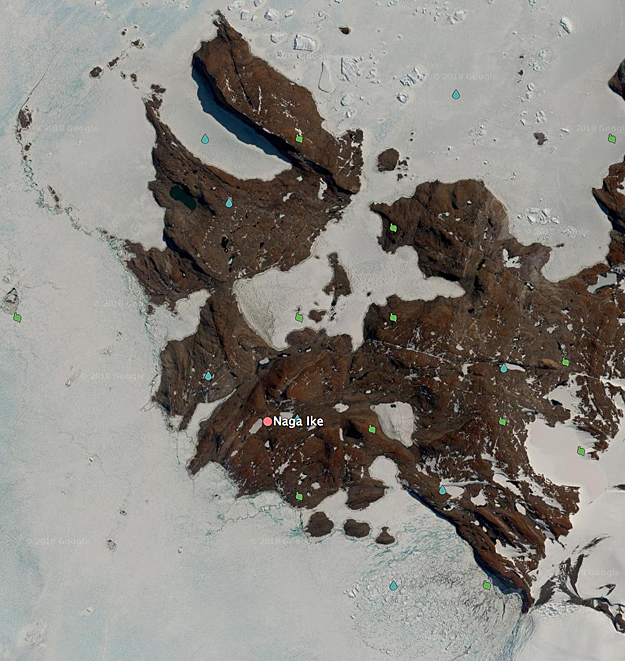 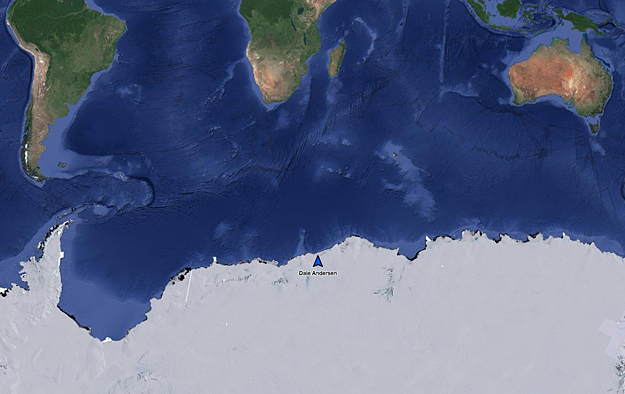 Survey region where Dale is working 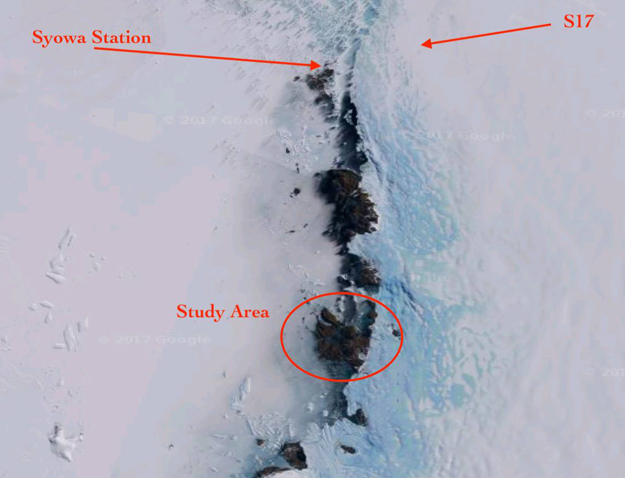 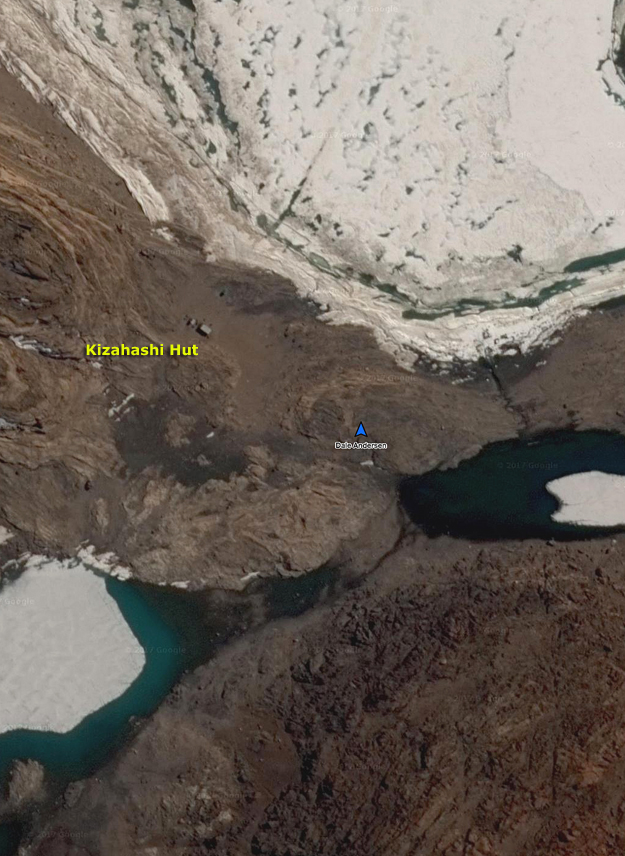