Antifreeze Proteins in Antarctic Fish Prevent Both Freezing and Melting

Antarctic fish that manufacture their own “antifreeze” proteins to survive in the icy Southern Ocean also suffer an unfortunate side effect, researchers report: The protein-bound ice crystals that accumulate inside their bodies resist melting even when temperatures warm.

“We discovered what appears to be an undesirable consequence of the evolution of antifreeze proteins in Antarctic notothenioid fish,” said University of Oregon doctoral student Paul Cziko, who led the research with University of Illinois animal biology professors Chi-Hing “Christina” Cheng and Arthur DeVries. “What we found is that the antifreeze proteins also stop internal ice crystals from melting. That is, they are anti-melt proteins as well.”

The new finding was reported in the Proceedings of the National Academy of Sciences. Five families of notothenioid fish inhabit the Southern Ocean, the frigid sea that encircles Antarctica. Their ability to live in the icy seawater is so extraordinary that they make up more than 90 percent of the fish biomass of the region.

With NSF support, Arthur DeVries discovered antifreeze proteins in Antarctic notothenioid fish in the late 1960s, and was the first to describe how the proteins bind to ice crystals in the blood to prevent the fish from freezing.

The most recent antifreeze discovery was supported by a grant from NSF’s Division of Polar Programs. The Division manages the United States Antarctic Program, through which it coordinates all U.S. research on the southernmost continent and provides the logistical framework to support the science.

This long-standing and continuously refined work on the antifreeze properties of Antarctic fish exemplifies one of the best and defining features of good science,” said Charles Amsler, organisms and ecosystems program director in Polar Programs.

“These researchers not only have for decades consistently produced new and exciting finds that contribute to our understanding of Antarctic ecosystems, but very often those new finds have led to new questions and deeper understandings across biology as a whole,” he added.

In the new study, the team investigated whether the antifreeze protein-bound ice crystals inside these fish would melt as expected when temperatures warmed.

When researchers warmed the fish to temperatures above the expected melting point, some internal ice crystals failed to melt. Ice that doesn’t melt at its normal melting point is referred to as “superheated.”

The researchers also found ice crystals in wild notothenioid fish swimming in relatively warmer Antarctic summer waters, at temperatures where they would be expected to be free of ice. By testing the antifreeze proteins in the lab, the team found that these proteins also were responsible for preventing the internal ice crystals from melting.

“Our discovery may be the first example of ice superheating in nature,” Cheng said.

A diver himself, Cziko worked with other divers to place and maintain a temperature-logging device in Antarctica’s McMurdo Sound, one of the coldest marine environments on the planet. The device recorded ocean temperatures there for 11 years, a substantial portion of notothenioids’ lifespan. Not once in that time did temperatures increase enough to overcome the antifreeze proteins’ anti-melting effect to completely rid the fish of their internal ice, the researchers report.

The researchers suspect that the accumulation of ice inside the fish could have adverse physiological consequences, but none have yet been discovered.

If the fish are destined to carry ice crystals around all their lives, Cheng said, it is conceivable that ice particles could obstruct small capillaries or trigger undesired inflammatory responses. Cziko likens the potential threat to dangers posed by asbestos in the lungs or blood clots in the brain.

“Since much of the ice accumulates in the fish spleens, we think there may be a mechanism to clear the ice from the circulation,” he said.

“This is just one more piece in the puzzle of how notothenioids came to dominate the ocean around Antarctica,” he said. “It also tells us something about evolution. That is, adaptation is a story of trade-offs and compromise. Every good evolutionary innovation probably comes with some bad, unintended effects.”

The long-term temperature record of McMurdo Sound produced in the study also “will prove to be of great importance and utility to the polar research community that is addressing organismal responses to climate change in this coldest of all marine environments,” Cheng said.

Clive W. Evans, a professor of molecular genetics and development at the University of Auckland in New Zealand, also is a co-author of the new paper. 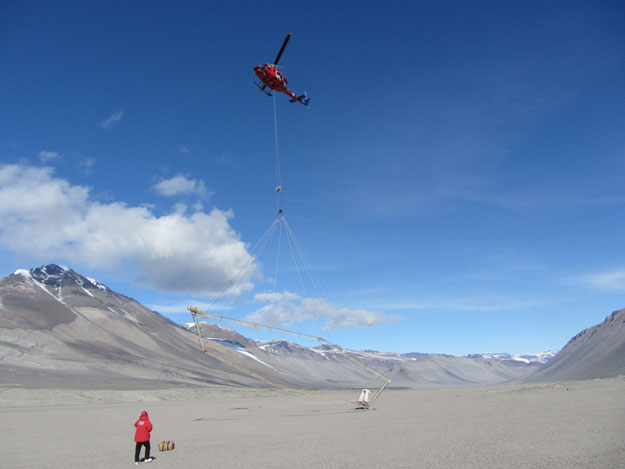 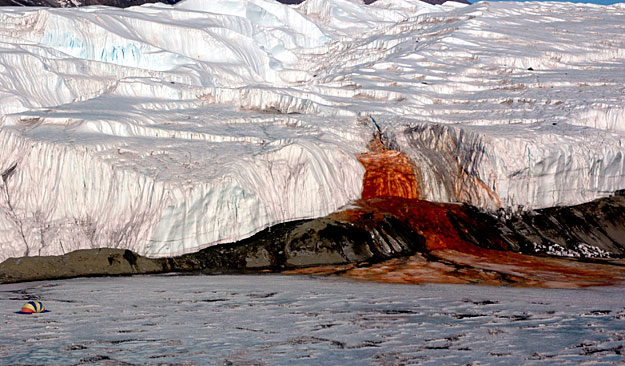 Tricorder In The Field: Solving Everest’s Wildlife Mysteries with eDNA