ENDURANCE Dives Under the Ice in Antarctica's Lake Bonney

ENDURANCE, an autonomous vehicle designed to swim untethered under ice, will spend a month creating three-dimensional maps of the underwater environment. It also will collect data on the environmental conditions and take samples of microbial life. If all goes well, in the future NASA could send a similar probe to explore the ocean on Jupiter’s icy moon Europa.

Read the daily blog entries written by scientists in the field as they work in Earth’s coldest environment, testing the limits of ENDURANCE. 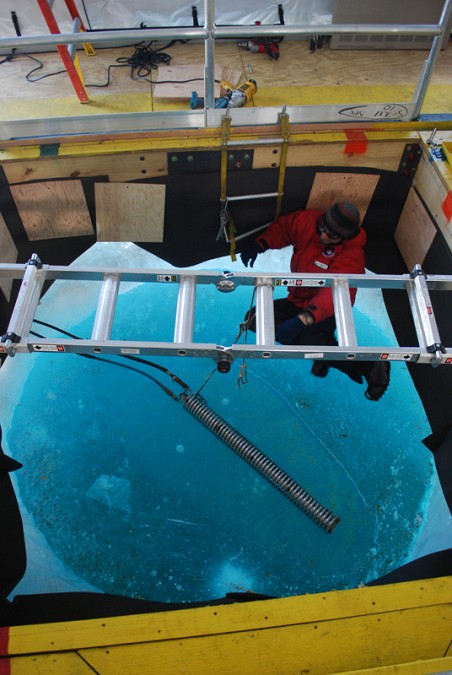 Maciek starts the melting coil on the refrozen cap on our melt hole. The steam generated from this made the Bot House into a sauna for a few minutes. 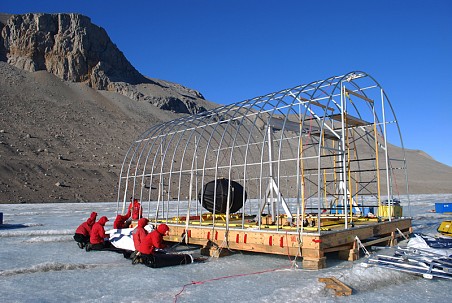 With the frame completed we begin to unroll the liner tarp on the up wind side of the structure. We plan to tie ropes to one edge and pull it over the frame to tie off on the downwind side. 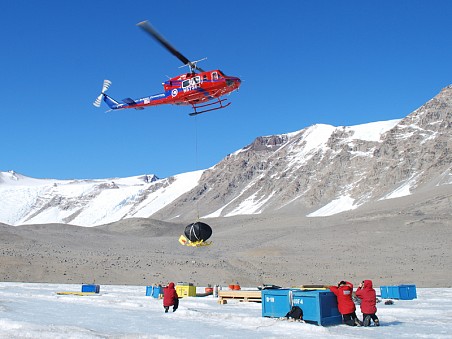 We look on nervously as the helo lowers the bot onto our Bot House platform.